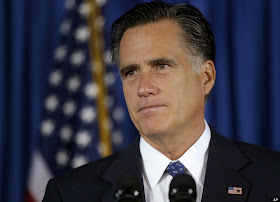 America, you should have picked Mitt Romney. The last several years have shown Romney to be right, and Obama to be disastrously wrong on so many things — Russia, Obamacare, Detroit’s bankruptcy, just to name a few.

Right now we are watching in horror as terrorists take over Iraq after Obama cut and ran, leaving zero troops in the country, just so he could say he had fulfilled a campaign promise to “end” the War in Iraq. From the beginning, Mitt Romney warned against pulling out of Iraq too early and the importance of leaving enough troops to secure our victories.

Here are 5 times Romney was right about what would happen in Iraq:


“Across the nation, there is debate about our future course in Iraq. Our desire to bring our troops home, safely and soon, is met with our recognition that if Iraq descends into all-out civil war, millions could die; that Iraq’s Sunni region could become a base for Al Qaeda; that its Shia region could be seized by Iran; that Kurd tension could destabilize Turkey; and even that the broader Middle East could be drawn into conflict. The possible implications for America and for American interests from such developments could be devastating. It could mean a future with far more military involvement and far more loss of American life. For these reasons, I believe that so long as there is a reasonable prospect of success, our wisest course is to seek stability in Iraq, with additional troops endeavoring to secure the civilian population.”


“It is my view that the withdrawal of all of our troops from Iraq by the end of this year is an enormous mistake, and failing by the Obama administration. The precipitous withdrawal is unfortunate — it’s more than unfortunate, I think it’s tragic. It puts at risk many of the victories that were hard won by the men and women who served there.”


“President Obama’s astonishing failure to secure an orderly transition in Iraq has unnecessarily put at risk the victories that were won through the blood and sacrifice of thousands of American men and women. The unavoidable question is whether this decision is the result of a naked political calculation or simply sheer ineptitude in negotiations with the Iraqi government. The American people deserve to hear the recommendations that were made by our military commanders in Iraq.”


“I think we’re going to find that this president, by not putting in place a status-of-forces agreement with the Iraqi leadership, has pulled our troops out in a precipitous way and we should have left 10-, 20-, 30-thousand personnel there to help transition to the Iraqi’s own military capabilities.”


“In Iraq, the costly gains made by our troops are being eroded by rising violence, a resurgent Al Qaeda, the weakening of democracy in Baghdad, and the rising influence of Iran. And yet, America’s ability to influence events for the better in Iraq has been undermined by the abrupt withdrawal of our entire troop presence. The president tried — and failed — to secure a responsible and gradual drawdown that would have better secured our gains.”

I’d say Mitt Romney, and the many others who warned this would happen, gets the last laugh, but the situation in Iraq isn’t even remotely funny. There is no joy in this “I told you so,” only anguish at the lives lost in vain, progress squandered, and effort wasted.

As Romney once said, “I wish President Obama had succeeded because I want America to succeed.” The problem is, we knew from the start Obama couldn’t succeed because he was just plain wrong. Mitt Romney was right. 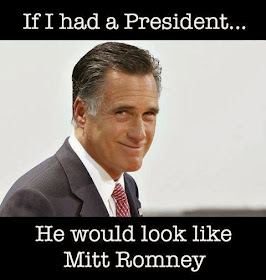