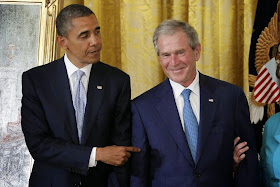 Yeesh, it took 6 years, but FINALLY people are opening their eyes about Obama and realizing George W. wasn’t nearly as bad as conventional wisdom has been saying. This is the first time Dubya has been over 50% in a Gallup poll since 2005, and it’s the lowest Obama has ever been.

Maybe it’s the way Obama’s losing Iraq to terrorists, or the humanitarian crisis on our southern border caused by Obama pushing for amnesty, or the way our veterans are left to die waiting for government-run health care, or the failure of Obamacare, or the IRS targeting political opponents and “losing” evidence, or the first assassination of U.S. ambassador since 1979 in Benghazi, or … I could go on for days!

Here are the full poll results: 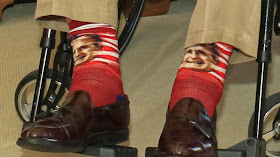