Miss USA contestant conceived in rape: “I knew God put me here for a purpose” 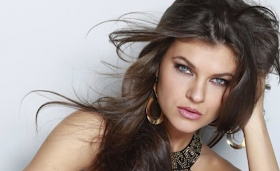 Valerie Gatto is Miss Pennsylvania and competed in the Miss USA 2014 pageant on June 8th. But she wouldn’t be here today if her mother had followed the conventional wisdom on abortion. You see, Valerie was a product of rape:


Gatto has revealed that her mother was raped at knife-point when she was 19 years old. Valerie says that the perpetrator planned to murder her mother after the sexual assault, but that she was able to escape when he became distracted.

While her mother originally intended to give Valerie up for adoption, she then decided to set aside her plans for law school and raise her daughter.

“I knew God put me here for a purpose, and He’s the reason my mother and I were saved,” Gatto says. “I want to do Him proud and my family proud.”

“I could just sit here and say, ‘Why did this happen,’ and ‘Does my father know I exist,’” Valerie continued. “But God put me here to do great things, and I’m not going to let things from the past stop me.”


Abortion advocates always bring up cases of rape as a reason to abort, and most Americans agree with this exception. But Valerie puts a human face on the children conceived through rape and is a reminder that all life is precious, no matter the circumstances surrounding their being. How many other Valeries have been aborted, and think about what they might have done with their lives and the joy they could have brought to the world.

So the next time someone asks you, “What about cases of rape?” remember Valerie and her inspiring story. As she says, God put us all here for a purpose. It doesn’t matter how you got here, it just matters what you do when you’re here on Earth.