Watch: Reagan Honors the Heroes Who Took the Cliffs of Normandy 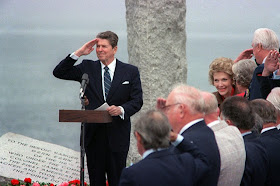 On the 70th anniversary of D-Day, rewatch the epic speech President Reagan gave on the 40th anniversary honoring the men who gave their lives to defend our freedom: