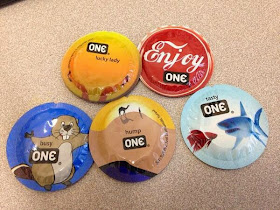 Obviously I'm extremely excited!!! This piece was originally published on National Review Online (minus the pictures)

Junior High Goes Condom Crazy
The nationwide push to give contraceptives to younger and younger kids.

This month a rural Oregon school district announced its decision to offer condoms to children as young as 11. The new policy was adopted in part because, according to a memo from the superintendent, “every few years, a middle school student either becomes pregnant or is associated with a pregnancy.” The rationale is flimsy, but it speaks to the wider trend of pushing the envelope when it comes to giving kids contraception in school.

Statistics on the availability of condoms nationally in secondary education, particularly in middle schools, are hard to come by. In 1998, Advocates for Youth reported that 418 schools gave out condoms. More recently, in 2006, the CDC said it was 5 percent of high schools. But city-wide programs in places like Chicago are growing and anecdotal evidence suggests that schools serving as free condom dispensatories is becoming old hat by now.

In Boston this spring there was a controversy over condom distribution in the school system. Not over the fact that condoms were being given out to students, but over the design of the wrapper. City schools received condoms from the Massachusetts Department of Public Health to hand out to high schoolers that were emblazoned with provocative phrases like “one lucky lady,” “hump one,” and “tasty one.”

Somehow this scandalized parents who were otherwise supportive of their kids’ collecting condoms on the way to class. One mother told the Boston Globe, “I was horrified. As a mother of three teenagers, there was no way I wanted my kids to be given condoms with those wrappers.” Try to wrap your head around that logic.

Speaking of interesting wrappers, New York Daily News reported that city students were welcomed back to school last fall with a vast assortment of condoms from which to choose. Not content to provide condoms for simple utilitarian use, fun features such as “Rough Rider Studded,” “King XL,” “Extra Strength,” “Ultra Sensitive,” “Ultra Thin,” “Ribbed” and even “Assorted Flavors,” were on offer to minors. Far from the professed purpose of safety, these types of condoms sure seem to cross the line into encouraging more sex and experimentation. Homework assignment, kids: figure out the difference between “Ultra Sensitive” and “Ultra Thin!”

Sensibly, the mother of a 12-year-old girl told the paper, “As far as varieties, it’s ridiculous.” Shockingly, she continued, “But I guess they need to know whether it will fit them. These young kids are very mature, and sex is just a norm now.”

According to the Daily News, during the 2011-12 school year the district went through 800,000 condoms. With roughly 240,000 high school students in the New York City public school system, that equates to more than 3 condoms per student.

Also during the 2011-12 school year, the New York Post separately reported that 40 New York school-based health clinics gave 12,721 doses of the morning-after pill, 10,462 packets of birth control pills, 2,117 injections of Depo-Provera and an unspecified number of insertions of IUDs to girls under their care – far higher than the city had previously reported and all without requiring parental notification.

One parent was outraged, “I’m in shock. What gives [then-Mayor Bloomberg] the right to decide, without adequate notice, to give our children drugs that will impact their bodies and their psyches? He has purposely kept the public and parents in the dark with his agenda.”

All these drugs and devices carry risks of side effects and complications associated with administering hormones and performing minimally invasive procedures on minors. Yet the schools keep pushing the boundary.

It’s been a long time since schools were all about reading, ‘riting, and ‘rithmetic. But now they’re adding reproduction to the three R’s, as school administrators find more and more outrageous ways to push contraception on younger and younger kids. 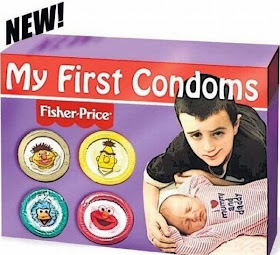